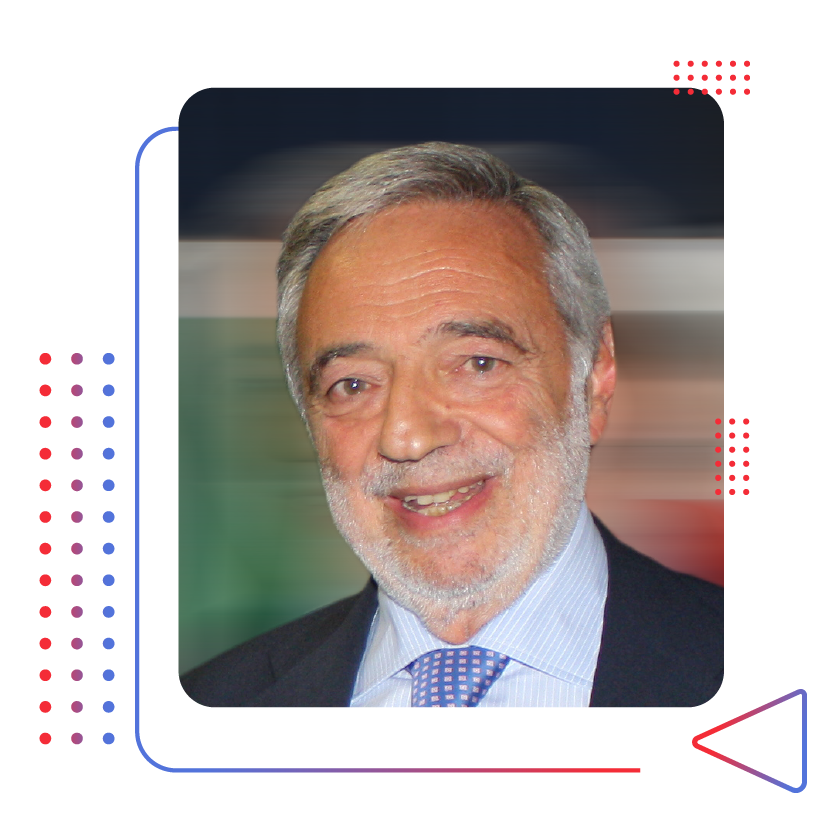 Emeritus Professor at School of Polytechnic and Sciences at the University of Naples “Federico II, President of Materials, Italy

Luigi Nicolais is Emeritus Professor at School of Polytechnic and Sciences at the University of Naples “Federico II”. He was Full Professor of Polymer technology, head of the Department of Industrial Process and Materials Engineering and head of the Materials Engineering course and the Postgraduate course on biomaterials. In the USA he holds a Master of Science in 1971 at Washington University, St. Louis. From 1981 to 2003 he was visiting professor at the Department of Chemical Engineering at Washington University of Seattle, Missouri (USA) and from 1986 to 2004 associate professor at the Institute of Materials Science of the University of Connecticut (USA). He founded and chaired the Institute for Biomedical and Composite Materials of the National Research Council (CNR) and the Technological Cluster on Composite Materials and Structures Engineering (IMAST).

In 2000 he was appointed fellow at the American Institute for Medical and Biomedical Engineering (AIMBE), and fellow of Biomaterials Science and Engineering (BSE); in the same year, he received the ESB’s George Winter award, European Society for Biomaterials. He has written 7 scientific monographs as well as 600 publications in international journals and he has filed over 50 patents (Italian and international) in the field of new technologies and advanced materials. He was a member of the Scientific Committee of numerous institutions including Federchimica, Confindustria, Alenia, Swedish institute of composites, ENEA and CIRA. He is part of numerous national and international professional societies including the American chemical society, the British society of rheology, the American Institute of chemical engineering, the Italian Chemical Society, from which he received in 2006 the gold medal “Sebastiano De Luca “.

He was President of Città della Scienza SpA, in Naples, and the Agency for Technology and Innovation of Apulia Region (ARTI), in Bari.

From 2000 to 2005 he was Minister of the Regional Council of Campania, for the Scientific Research and Technological Innovation. He was Minister of Italian Republic for public Administration Reforms and Innovation from 2006 to the end of legislature and member of Chamber of Deputies and Vice president of Cultural Commission of Italian Parliament from 2008 to 2012.

From 2012 he is President of COTEC, the Foundation for the improvement of the technological competitiveness of Italy, Spain and Portugal, the only foundation in Italy in which the President of the Republic holds the status of Honorary President. From 2012 to 2016, he was President of National Research Council (CNR) of Italy and

From 2016 he is President of Real Foundation of Carditello Site owned by the Italian Ministry of Cultural Heritage and Tourism, Campania Region and San Tammaro City.

He is President of Materias srl and from 2016 he is member of the board of Adler Group and President of GETRA Engineering & Consulting Srl.

In 2016 he has been honoured as “Cavaliere di Gran Croce dell’Ordine al Merito della Repubblica Italiana”.

In 2018 he was named President of Campania Digital Innovation Hub.