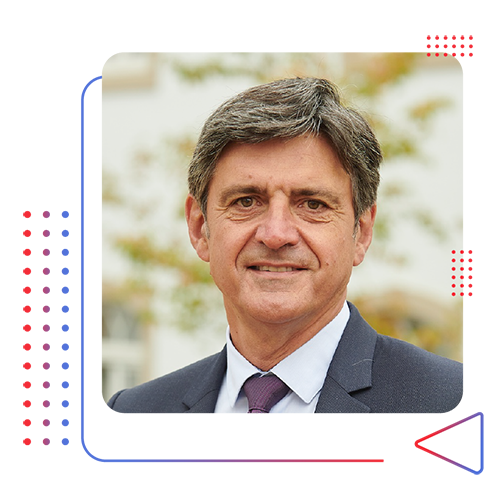 Pierre Joris is Engineer in Physics from University of Liège, M.Sc. from University of Stanford, and hold an Advanced Executive degree from Kellogg’s School of Management, Chicago.
Pierre has 36 years of international experience in the Chemical Industry. He built his career for 29 years at Solvay, where he held different leadership positions from R&D to Global Business Management. In his last positions, he was Managing Director of the global fluoromaterial division of Solvay from 2005 to 2011 and completed his career as Chief Scientific and Innovation Officer for the group until June 2013. Pierre was then recruited as Senior Executive Advisor to the Chemical division of the Japanese multinational Daikin, a role that he held for more than 6 years.
Pierre is now independent board director at various companies in the field of materials and chemical industry, including Prayon and Domo Chemicals. It is in this last tenure that he was elected chairman of A.SPIRE in March 2019.